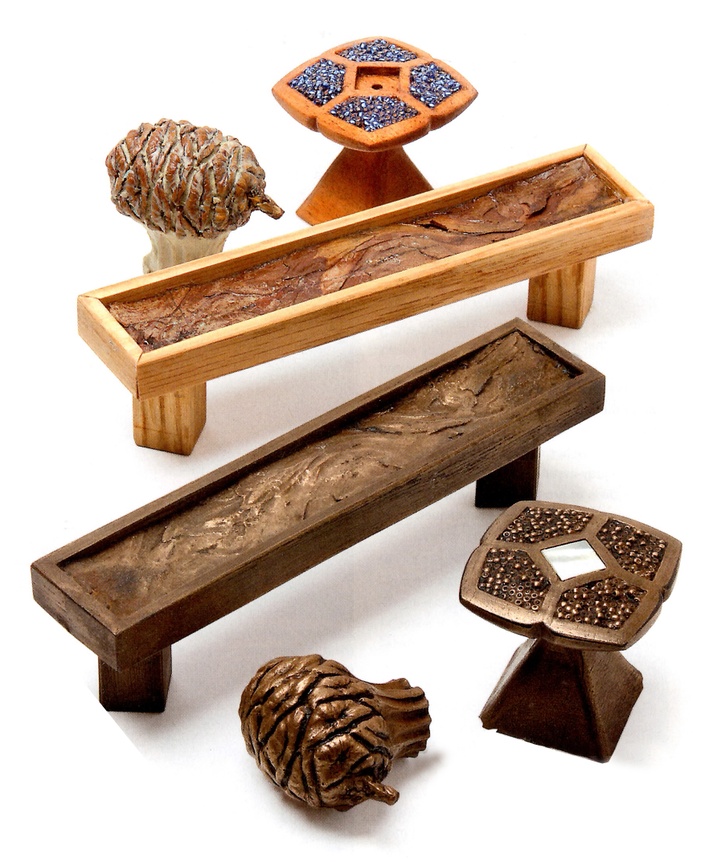 Mold Making and Casting Made Quick and Easy

In less than two hours, you'll discover how to make a custom bronze casting that can put an exquisite, hand-made finishing touch to all your work.

This workshop entails making a small sculptural model a finial, cabinet pull or decorative appliqué out of clay, wood and/or found objects such as pine cones, seed pods, nut and bolts, etc.

A silicone mold is then poured and from that, a composite bronze casting is created.

The final casting can be polished or a patina applied. A quick and easy mold making method is demonstrated including basic principals, tips and tricks and casting techniques to create a urethane bronze casting.

Scott Grove brings 35 years of experience to the table in an organized and clear explanation of the process. 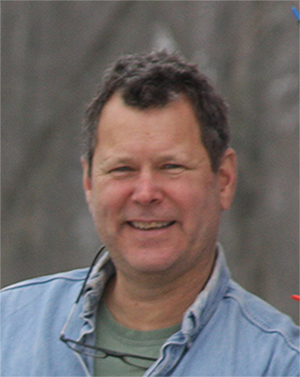 As a third-generation artist, Scott Grove designs and creates sculpture, architectural reproductions, and furniture and other art using multiple media and many disciplines.

He maintains a educational website ImagineGrove where he has a weekly creative news letter, video blogs, tools and links.

For over thirty years he has developed unconventional methods in his approach; Grove’s large variety of work is known for layers of artistic expression. His pieces are a combination of texture, fluid forms and finishes, often incorporating found objects. His work creates a desire to touch each piece for a sensuous, pleasurable experience. Sophisticated and elegant with a touch of whimsy, his art raises a sense of wonder and delight.

Grove’s work is a part of the permanent collection in the Memorial Art Gallery, the Hunter Museum of American Art in Chattanooga, Tennessee, and in the collections of Bausch & Lomb, Kodak, Summit Federal Credit Union, Rochester Institute of Technology and University of Rochester, to name a few. He is an active member in The Furniture Society and has exhibited in galleries and leading shows across the country.

Scott has won numerous awards including the 2010 Veneer Tech Craftsman’s Challenge Award for two of his works and in 2012 & 13 Veneer Tech Craftsman’s Challenge Award, an unprecedented achievement. He also won the prestigious Napkin Sketch Award from the American Institute of Architects sponsored by Architectural Record Magazine; a DuPont Award for Innovative Use of Material; the “Top Ten Small Cabinet Shops” in America Award by Cabinet Maker Magazine, to name a few; and has been featured on the broadcast series Popular Woodworking Woodworking in Action and HGTV’s The Furniture Show.

As an artist, sculptor and designer, Grove works directly with interior designers, architects and private collectors. He holds workshops and lectures nationally on topics such as design, specialty finishes, veneering, mold making and fiberglass construction. Grove also consults on marketing, workflow efficiencies, and product development for artists and manufacturers. He lectures nationally and his TEDx talk on the impact of Technology on Craftsmanship has gain momentum—he has also given this presentation in the United States and the United Kingdom.

Grove has worked for world renown artist Wendell Castle as Studio Director and consults for Rochester’s leading architects and designers. Scott is a featured instructor at the prestigious Marc Adam’s School of Woodworking in Indiana, Yestermorrow Design/Build School in Vermont, and the Chippendale International School of Furniture in Edinburgh, Scotland, among others.

Grove is an accomplished author of a number of books including Advanced Veneering and Alternative Techniques, and Hardwood Edging and Inlay, by Schiffer Publishing, which highlights some of his pioneered woodworking techniques. He writes for a variety of national publications and his work has been featured in magazines such as Fine Woodworking Magazine, Celebrated Living (American Airlines First Class Magazine), FDM&C, Woodshop News, Architectural Record, Interior Design, Design New York, Freshwood2, The Robb Report and the Los Angeles Times.

A graduate of Rochester Institute of Technology with a degree in environmental design and a minor in sculpture, Grove also studied at RIT’s School for American Crafts. He maintains a full time studio in the Bristol Hills of the Finger Lakes region in New York where he produces commission work and speculative art as well as limited edition pieces.

First Section
Available in days
days after you enroll

When does the course start and finish?
The course starts now and never ends! It is a completely self-paced online course - you decide when you start and when you finish.
How long do I have access to the course?
How does lifetime access sound? After enrolling, you have unlimited access to this course for as long as you like - across any and all devices you own.
What if I am unhappy with the course?
We would never want you to be unhappy! If you are unsatisfied with your purchase, contact us in the first 30 days and we will give you a full refund.
off original price!